This page features some of the more significant projects from the past. 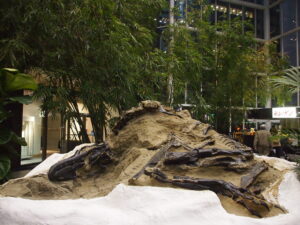 Discovered in 2006, this project inspired CKP. When fully realized, this discovery will go down in history as one of the best and most important dinosaur discoveries in the world. CKP had the privilege to help excavate the specimens and conduct the initial preparation that exposed two of the best preserved dinosaur skeletons that were buried together. 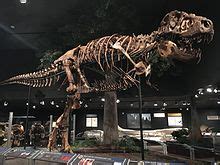 Discovered near Fort Peck Montana, Chris and Katie had the privilege of helping to prepare, cast, and mount this excellent specimen of Tyrannosaurus rex. Chris and Katie helped to set up exhibits of this specimens cast in the Fort Peck Museum and Interpretive Center, Maryland Science Center, and a ceiling hanging mount in Sao Paolo Brazil (first full exhibit of a T-rex in Brazil). 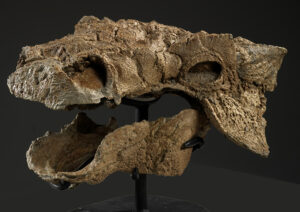 Now hailed as a new species and best preserved Ankylosaur from Montana, Chris and Katie were contracted to help conduct the initial preparation of this specimen after it was collected. The specimen now resides at the Royal Ontario Museum. Be sure to check their website (ROM Link) out for more information about this very unique find. 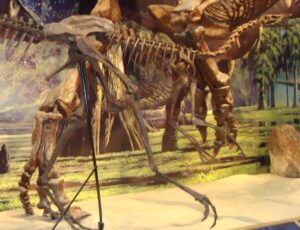 Discovered in Glendive Montana, Chris and Katie conducted the full preparation, casting, and mounting of this very unique specimen. It contained one of the best Struthiomimus skulls ever found. A replica of this dinosaur can be seen at the Fort Peck Museum and Interpretive Center.

The holotype of this specimen (ROM63777) was prepared by CKP. The original now resides at the Royal Ontario Museum. A very rare theropod dinosaur that shed new light on teeth commonly found in the Hell Creek Formation. 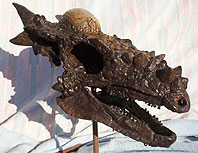 Discovered in 2004 by Clayton Phipps, this was the best skull ever found of this species. A replica of it can be seen at the Garfield County Museum. Chris and Katie molded and cast the original specimen.

Online videos from past projects at CKP